ALL SERVICES NOW AVAILABLE BY VIRTUAL TELETHERAPY DUE TO COVID-19.

Would you like to switch to the accessible version of this site?

Don't need the accessible version of this site? 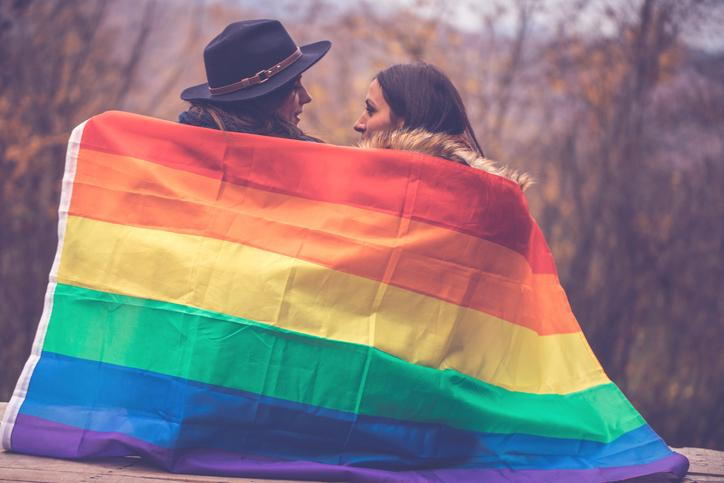 “TDOR was inspired by Rita Hester, a black trans woman who was brutally murdered in 1998 and whose death echoed across the country. The day was founded almost one year after Hester’s death by trans activist Gwendolyn Ann Smith on November 20, 1999 marking this year as it’s 20th anniversary.”

For over a decade now,, I have been providing and supervising counseling services for transgender persons and their families and dedicated to raising awareness regarding the diversity of human sexuality for mental health professionals, so that we are more prepared, comfortable, and ready to respond to the needs of transgender and other sexually diverse populations. The foundation for compassionate and effective counseling is understanding transgender persons and the issues surrounding gender and identity and in order to provide the best practices available to treat them.

A person’s gender typically is assigned at birth and is determined primarily by external genitalia but also can be confirmed by gonads, chromosomes, hormones and internal organs. Newborns are usually designated male or female and, on rare occasions, intersex. Gender identity refers to a subjective sense of who one is as far as male, female or other. Gender identity is determined more by the brain than by sexual anatomy. Most people have a sense of their gender identity by age 4, although this sometimes happens earlier and can also happen later in life. Identity refers more to the individual’s internal perception of themselves and with which gender they identify with.

As a graduate student, I unknowingly took a class in human sexuality by Dr. Marilyn Volker that would later alter the course of my career. Dr. Volker is a clinical sexologist and a well respected sexuality educator internationally recognized for her work in both training and educating others on many matters surrounding sexuality. Her way of openly and comprehensively navigating through complex and intimate matters such as transgender persons or sexuality for individuals with disability is inviting and deeply fascinating. One of the readings throughout the semester was a book called Middlesex, by Jeffrey Eugenides, and it was after reading the story of one individual’s struggle with gender and gender identity that enriched my understanding of what it means to be human, the intricacies of gender, cultural norms and expectations, and how the roles of gender are assigned so early on, strictly based on genitalia, despite being wildly inaccurate.

I realized this is an issue many of us take as a given and never have the privilege to question or explore simply because there is lack of exposure. I as well admit that in all likelihood, if it wasn’t for school, I’m not sure I would have had the opportunity to be educated further. For me, reading the novel was breathtaking and profoundly eye opening, I felt transported into another dimension of humanity, pain, and even existentialism I never could imagine existed, even though I considered myself a fairly soulful and worldly person.

Knowing I wanted to be a therapist and help people, I felt compelled to engulf myself in matters like this that seemed to me, at the time, as highly underserved and widely misunderstood. Gender, contrary to popular belief, is not a choice, and is not determined by external genitalia, although that has been common practice for years now. No matter what part of the world you're from, or what generation you grew up in, this is a biological, genetic, cultural, and generational fact that has existed soo much longer than many of us care to examine.

Cisgender persons are those whose gender identity and expression are aligned with the cultural and social expectations of the gender they were assigned at birth. The majority of persons are cisgender. Gender-nonconforming persons are those whose gender identity or expression are inconsistent with societal expectations typically associated with males and females. Some gender-nonconforming persons do not fit into the gender binary (male or female) as others do and may consider themselves to be gender fluid, gender queer or gender nonbinary. Transgender persons (about 0.6 percent or more of the U.S. population) have a strong inner sense that their bodies and the gender assigned to them at birth are incongruent with their gender identity (perceptual). They may be assigned-at-birth males who identify as female (or assigned-at-birth females who identify as male. There are numerous factors that contribute to this and we are yet to touch on the tip of understanding.

It is important for counselors to understand how their transgender and gender-nonconforming clients identify, especially given that gender identity can be thought of in the context of a wide and fluid spectrum with a wide array of possibilities. Some gender-nonbinary persons do not seek hormone or surgical treatment and are comfortable with a more nonbinary gender expression, whereas others do seek medical interventions. With some exceptions, transgender persons desire and, if at all possible, pursue hormone and surgical treatment to experience congruity between their bodies and their minds. In other words, most transgender persons desire to pursue transition to the gender with which they identify. However, medical care can be costly and not always easily available to everyone.

Because of the emotional and physical complexities involved in this process, in terms of counseling, these individuals are generally more prone to struggle with a host of co-morbid mental health challenges such as depression, anxiety, suicidal ideation, addiction, shame, etc...,and need assistance to navigate through it with compassion, and unbiased support in clarifying any incongruencies they may have lived with all their lives, even if that simply includes shame or value discord. Not all transgender persons have the ability, means or optimum health to bring their outward gender to be congruent with their gender identity. Some also choose not to. So for these individuals, resolving internal conflicts is extremely crucial in the healing process.

Counselors also need to understand there is a difference between gender identity and sexual orientation. Some people make the erroneous assumption that transgender and gender-nonconforming persons are gay. The truth is that they, just like cisgender persons, may be gay, straight, bisexual, or pansexual. Stated simply, sexual orientation refers to who one wants to sleep with (male or female), whereas gender identity refers to one’s internal understanding or identity of their own gender within the panacea of possibilities.

I encourage both mental health professionals and the public to gain a deeper understanding of the many challenges that transgender persons face. Through knowledge we continue to grow as individuals, as well as collaboratively when we accept differences in people. The concept of being born wrong can be a totally disabling pressure, feeling outside the majority leads to feelings of social isolation, and knowing that there are so many misinformed attitudes that diminish anyone’s existence all conspire to cause more separation than unity, and that seems to be the main health crisis plaguing us today. In any population, notions of how one “should be” frequently creates feelings of inadequacy, For gender variant people it is no different. Feeling inadequate leads to low self-esteem and a sense of unworthiness, which soon develops into guilt and shame and is a source of destruction for any human being.

It is so critical to make available access to treatment where people can feel open, respected, and have a safe place to explore their options and make decisions for themselves in the presence of someone competent and supportive.